Changing Seasons for Field Project Support: Wrapping up a Successful Antarctic Season and Readying for a Bustling Arctic Season

Substantial efforts during the second quarter brought the final setup of IDDO's new Intermediate Depth Drill (IDD) to life. The majority of the equipment was shipped to Scotia, NY by the end of March, with certain critical components shipped shortly after. A team of six drillers completed the PQ process, and all travel arrangements for their deployment were made. The drillers deployed to Scotia on April 21, but were returned home on April 24, due to a mechanical issue with the LC-130 Hercules fleet. IDDO worked with the NSF, CH2M HILL Polar Field Services and the 109th Air National Guard to weigh options for an abbreviated test season and on April 30, the last day of the quarter, IDDO received a call that the northbound Greenland flights were back on. The IDDO crew made it to Summit, Greenland, on May 6 and had the first core drilled at the Isi test site on May 14. The testing of the Intermediate Depth Drill (in Greenland) is now finished. The last core was drilled on Saturday, May 31. The final depth of the test borehole is 285.3 meters. The drillers are now working on packing to prepare the first round of cargo for a flight to Kangerlussuaq on June 4. The remainder of the cargo is scheduled to fly to Kangerlussuaq on the June 10 flight. The drill team was able to complete all desired tests except for the brittle ice drilling test, due to the Hercules issue delaying the start of the field season. 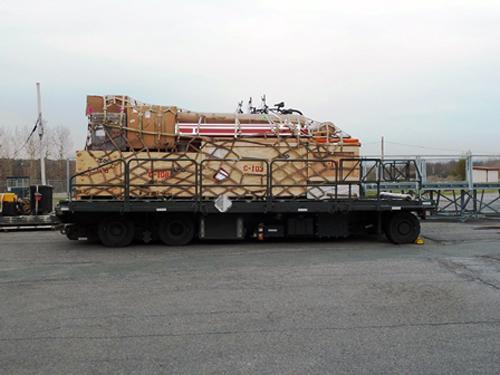 IDDO continued monthly teleconferences with ASC and the SPICEcore PIs in preparation for the IDD's deployment to the South Pole in November 2014. In addition, engineer/ driller Tanner Kuhl attended the 2014 SPICE Core Planning Meeting at the University of California-Irvine.

IDDO worked with NSF, ASC and the dedicated cargo personnel in Scotia, NY to expedite the return of the Blue Ice Drill (BID) system to Madison after vessel-loading issues in McMurdo threatened to delay the return of much of the Antarctic cargo. The BID was needed in Madison in order for IDDO to implement new BID-Deep components and turn the system around for the upcoming Arctic field season. By the end of April, all cargo was packed for PI Vas Petrenko's upcoming project at Isi Camp, and driller Mike Jayred and engineer/driller Josh Goetz were PQed. Jayred and Goetz subsequently deployed on May 11. 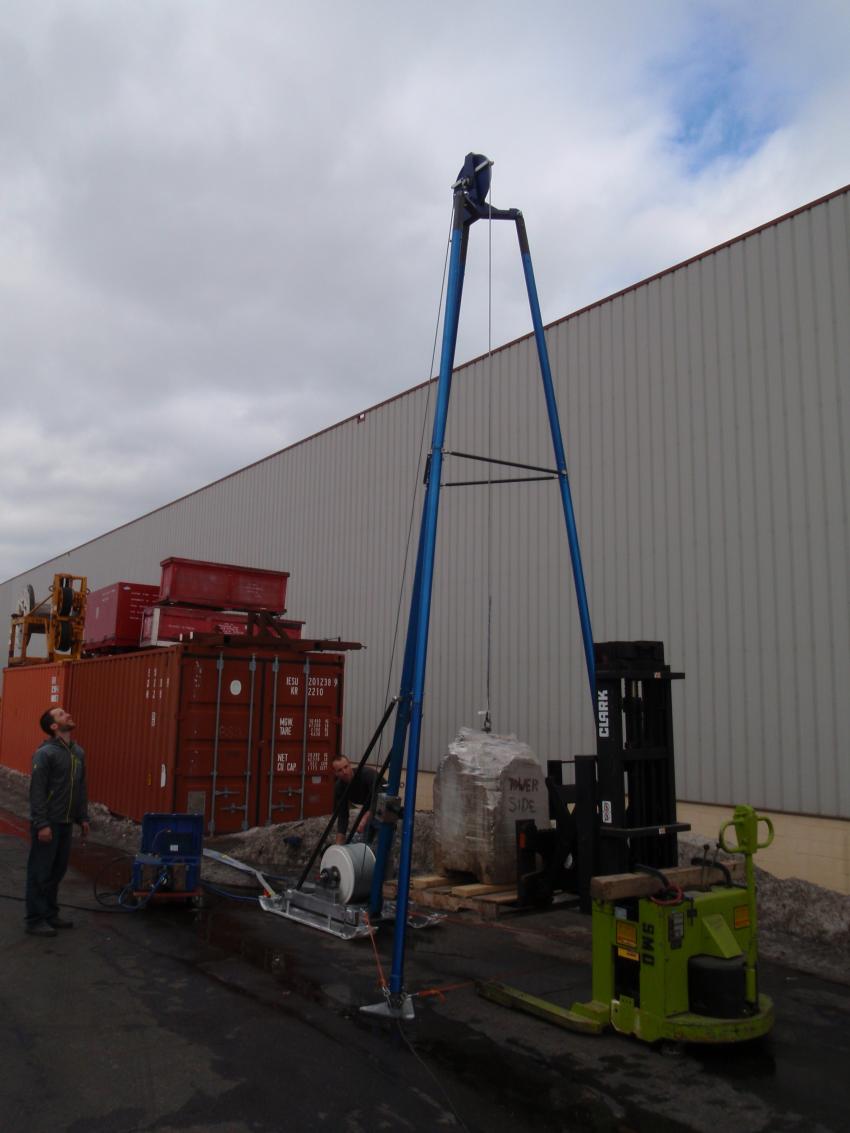 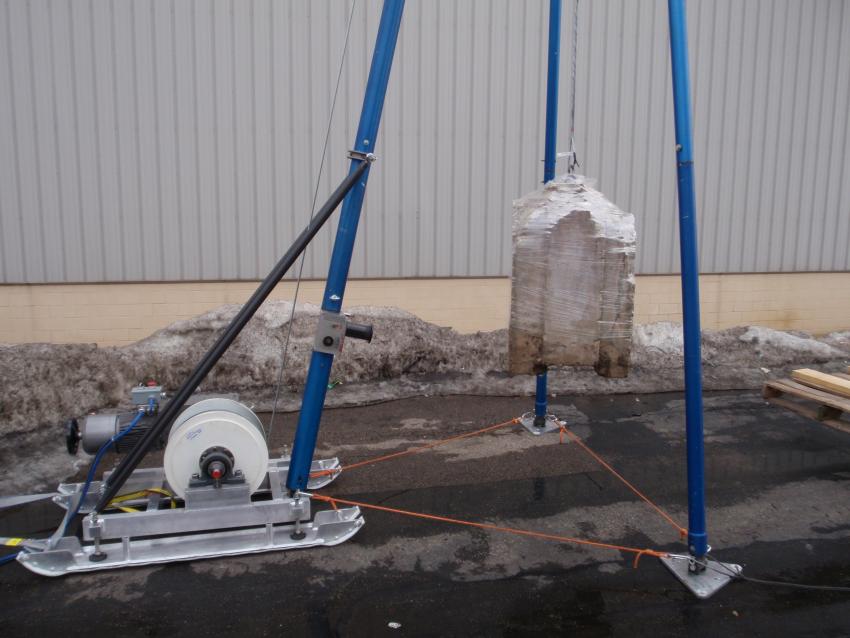 IDDO also prepared for a few upcoming hand auger projects in Greenland. Kits were packed and shipped for PI Sarah Das, who used one of IDDO's new 3-Inch hand auger kits to drill shallow cores at one site on Disko Island and at two sites on the Nussuaq Peninsula in late April. A hand auger and Sidewinder kit were packed and shipped for PI Erich Osterberg, who plans to drill cores up to 40 meters depth outside of Thule airbase in late May. Initial preparations were also made for the packing and shipping of hand auger and Sidewinder equipment for PI David Noone's project at Summit Station. Noone's field work in late June and early July will mark the fourth and final year of his four-year project. One additional hand auger project was completed early in the quarter for PI Mike McKay at Bowling Green State University. McKay utilized a new IDDO hand auger to collect river and lake ice samples in the Midwest US as well as in Canada. His project, funded through the NSF Division of Environmental Biology, is scheduled to continue into 2016.

In addition to field season planning and cargo preparation, IDDO also completed proposal support estimates for thirteen separate science projects for the 2014 NSF Antarctic Proposal solicitation. Letters of Support and Cost Estimates were provided to PIs for inclusion in their proposal submissions.

New Technology for the Community (2014 Spring)

New Generation of an Intermediate Depth Drill
In the second quarter of PY 2014, IDDO completed the building, final testing, and integration and troubleshooting of the Intermediate Depth Drill (IDD) system. By April 15th, the entire IDD drill had been packed and shipped to Greenland for field testing. In spite of the extra effort needed for the building, testing and troubleshooting of four newly developed electronic boards and the electrical failure of the new Sorensen 600V Power Supply during the final testing, all equipment was fully tested and shipped to Greenland on time. The IDD drill will be used for PI Eric Saltzman's two-year South Pole Ice Core project (SPICE Core) during the 2014-15 and 2015-16 field seasons.

New Blue Ice Drill-Deep System
IDDO completed the building, final testing and integration, along with troubleshooting, of the new BID-Deep system. This new drill is a modification of the base Blue Ice Drill (BID) and has the capability of reaching depths of 200 meters. Final testing and packing was completed by the end of April, and the BID-Deep was shipped to Greenland in May for field testing. The base BID will be used on PI Vas Petrenko's project 10 km north of Summit.

Deep Logging Winch
The new IDDO Deep Logging Winch system, capable of logging to depths of 4,000 meters, is completely built, tested, packed, and ready for future field projects. The list of necessary spare parts is created, but the spares will not be purchased until a project utilizing the winch is funded.

"Clow" Deep Logging Winch
During the Second Quarter, the deep logging winch designed, built and operated by Gary Clow was transferred from the U.S. Geological Survey to IDDO. The winch is currently in Antarctica and will be used for the logging of the WAIS Divide deep borehole during the 2014-2015 field season. IDDO anticipates that the logging winch will be returned to Madison, inspected and repaired as necessary prior to use on any future projects.

Scalable Hot Water Drill
The science requirements for the Scalable Hot Water Drill (ScHWD) were completed in late February after several iterations between IDPO-IDDO and the scientists interested in the development of the drill. Engineering requirements based on the science requirements were completed by IDDO. The conceptual design of the ScHWD is nearly complete and an internal review of the drill concept was conducted in mid-May. An outside review of the drill concept will be conducted in early summer.

Agile Sub-Ice Geological Drill
Good progress was made on the Agile Sub-Ice Geological (ASIG) Drill during the Second Quarter with the science requirements being finalized in early February. The science requirements were the result of an iterative process between IDPO, IDDO and scientists interested in the drill, as with the SHWAD. Bill Eustes visited IDPO-Dartmouth in March, where discussion issues with Albert and engineer Tanner Kuhl included aspects of the sub-ice geologic drill development. Albert traveled to IDDO in March to participate in IDPO-IDDO discussions with representatives from Sandvik. Finalization of the concept for the drill, which will be designed to drill through up to 700 meters of ice and then retrieve a small diameter rock core 10-meters long, and review of the concept will take place this summer when Tanner Kuhl returns from Greenland.

IDPO organized and hosted the Community Workshop on Ice Coring and the Ice Core Working Group Meeting, which were both productive meetings and served to gather input from the community useful for long range planning. Similar meetings will be organized for the subglacial and borehole logging communities in the coming 18 months.

IDDO PI/Program Director Don Lebar announced his planned retirement of July 3, 2014. Lebar has been directing ice drilling equipment development and drilling operations since 2001. He was the Program Manager for Ice Coring and Drilling Services (ICDS) from 2001-2008, and since 2008 Lebar has been the Program Director for IDDO. Lebar also assumed the role of PI for IDDO upon Dr. Charlie Bentley's retirement in 2013. Lebar's service to the ice drilling community is greatly appreciated and his expertise will be missed. 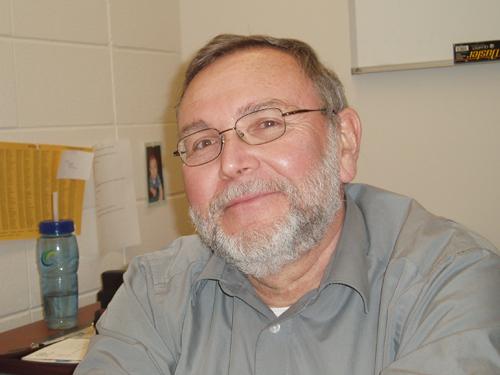 Don Lebar, who has directed ice drilling equipment development and ice drilling operations for the U.S. community since 2001, has announced his retirement.

The University of Wisconsin Space Science and Engineering Center (SSEC) plans to have Mark Mulligan and Kristina Slawny assume responsibilities as PI and Program Director respectively. Mulligan is a very experienced project manager at SSEC who led the development of the Enhanced Hot Water Drill for the IceCube project as well as the development of the Near Infrared Spectrograph for the Southern African Large Telescope; Mulligan was also part of the staff that brought the ICDS contract to the University of Wisconsin in 2000. Slawny is currently the Field Project Support Manager at IDDO and has been a member of the staff since 2006. Slawny has been the project manager for IDDO's drilling effort at WAIS Divide as well as managing all the other IDDO drilling projects; she has worked closely with Lebar over the years in pursuing IDDO's goal of providing excellent support to the US science community.

For the latest information on our current and upcoming field projects, visit:
https://icedrill.org/fieldwork 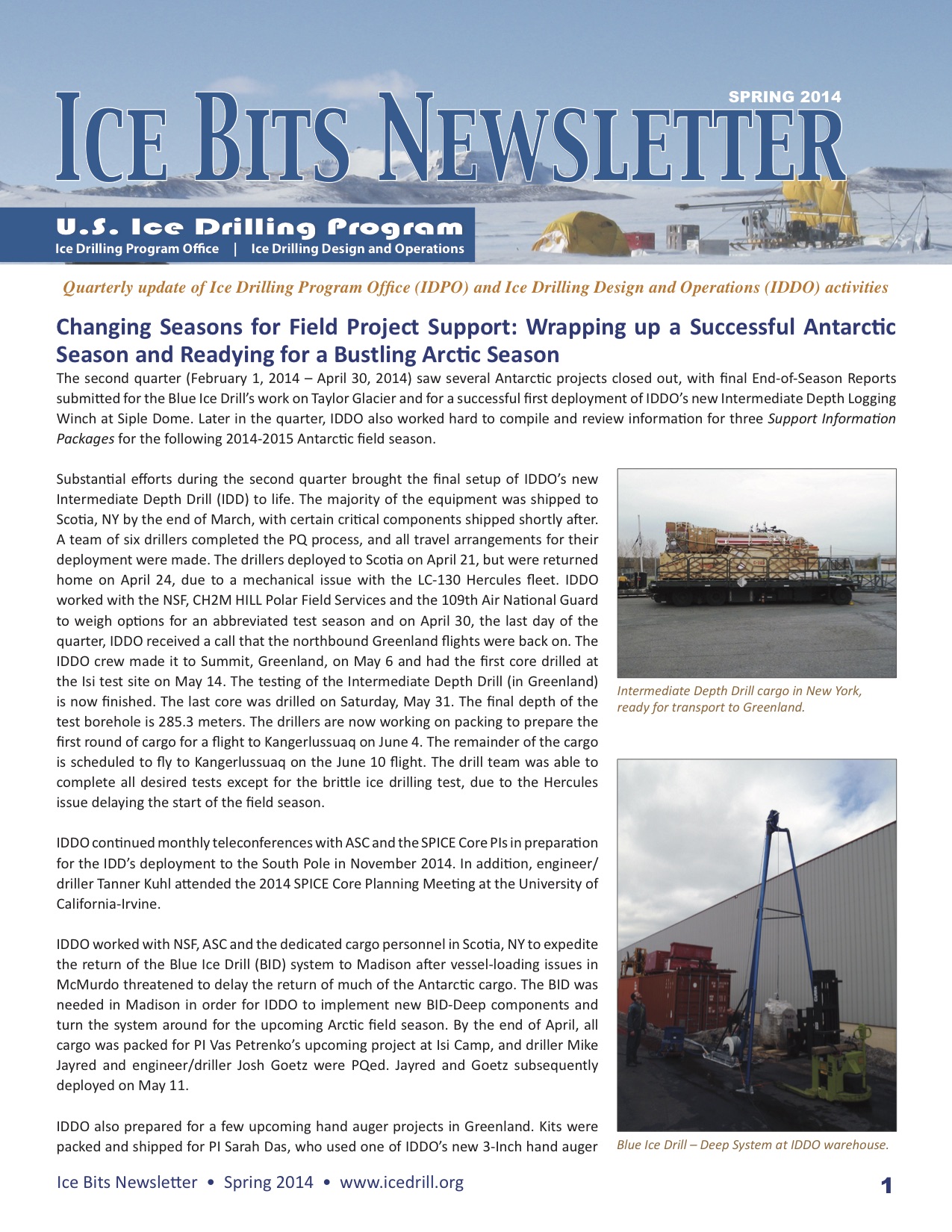